“I don’t know how this happened,” says Cloud on his rap career.

The Cincy native relocated to Indianapolis within the past year, and has started a new life. 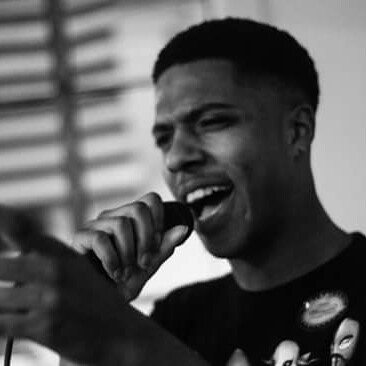 “I’m originally from Arizona, but I moved to Cincinnati when I was eight,” he said.

Cloud started rapping during the beginning of high school. He recorded songs on school computers, which made it easy for him to spread his music.

“The high school computers had Audacity on them,” he said. “I recorded a song and it was pretty bad. I was rapping over some YouTube beat. But I showed it to my homies and they said, ‘you should put this on SoundCloud.’

His friends suggested he upload the song online, so he did.

Through SoundCloud and Twitter, he was able to gain some listeners and connect with other Cincinnati rappers.

“I followed different people in my city area, different rappers and stuff. And I met a lot of people who were into anime, because I’m into that shit.”

Not only did Cloud gain fans, he also found a group called ‘Anime Taskforce,’ that would eventually save his life.

“At first it started out as Naruto role playing, but then grew to 80 members. I would post my music to the group, and a lot of people heard my shit because of that.”

“My older brother was killed that year. He was my role model. A lot of fucked up shit happened that year,” he said. “I had no where to go, and that’s when I started to do certain drugs. I kinda was just like fuck it, but music helped me cope.”

Music helps a lot of people and definitely helped me, he said.

While dealing with the recent tragedies in his life, the Anime Taskforce gave Cloud a space to express his art and take his mind off things.

“By the time I was a junior, I was cool. And a lot of people were listening to my music. Like five to ten thousand plays, just from meeting people on Twitter.”

Most of Cloud’s listeners weren’t from the Cincinnati area, but other parts of the U.S.

During that year, issues at home that were taking a toll on Cloud. After living with his grandmother, and having a confrontation about her extreme strictness, Cloud was kicked out.

And he didn’t waste any time getting far away.

“I only had one friend in Cincinnati, but he was asleep so I didn’t know who to hit up. Through Anime Taskforce, and the music scene, I met Shadow Village,” he said. “I’ve been making music online with them for a while.”

Shadow Village, located in Indianapolis, is a collective or rappers, musicians and artists, that communicated with Cloud via Twitter. After being kicked out, Cloud had nowhere to turn, so he went to social media for help.

“I felt no one in the city can help me, so let just throw out a cry of help to the internet,” he said.  “I really just was like, this isn’t going to do anything but I didn’t have anything to lose.”

At a local library, Cloud sent messages to Shadow Village, they responded and agreed to travel to Cincinnati to rescue Cloud. He replied with his location, and right as he clicked send, his time ran out.

“My phone was dying, and I just sat outside and waited. I looked in every car, wondering if that was them,” he said.

Finally, Shadow Village members arrived to pick up Cloud. He had never met them in person. They picked him up, brought him to Indianapolis, and Cloud has been floating on ever since.

Cloud is still confirming features and release date it to be determined.

Listen to Cloud on Soundcloud!